Have you seen a small ticker running on a general entertainment channel which says that if one finds anything objectionable in the content being telecasted they are free to complaint to the Broadcast Content Complaints Council India? When I watch Indian television shows it makes my mind wonder if anything that is being aired is unobjectionable at all. There are hundreds of women clad in six yards of sari who let themselves be dominated by men, who try to hold on to dysfunctional marriages and make them work (read non consensual marriages between 18 year old girl and 50 year old man), who go to extreme lengths to prove conjugal piety to men who will take the next given opportunity to slap insults at them.

Here are seven women characters who should be taken off from television and the people who have created them or enacted them should nothing but be ashamed.

The mother in law who makes the sexual life of her son and daughter in law a dinner table conversation and asks the daughter in law to leave he house for not being of service to her son.

The wife who shields a husband known to have sexually harassed a number of women. The sister who helps her brother flee the town when it is revealed that he made a MMS of a girl he loved and who turned down his proposal. The brother who attempted to kill his sister in law’s mother when she comes to know of his fault.

The grandmother who schemes to coerce her granddaughter into marriage because she believes that the actualization goal of a woman is to get married and have kids.

The mother in law/mother who reprimands the daughter in law/daughter for using contraceptives.

The girl who dreams of nothing but getting married at 19. Education and career is passe, lets get married and make some love. 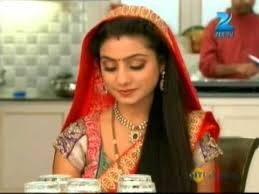 The wife who lets her husband treat her as a doormat. The one who never asserts her opinion or allows her will to supersede that of her husband. The one who patiently endures his physical and verbal abuse. Kudos to you for making your marriage work with a sociopath!

The mother who shamelessly switches her newly born daughter with a newly born boy in a hospital so as to uphold her honor in her husband’s house.